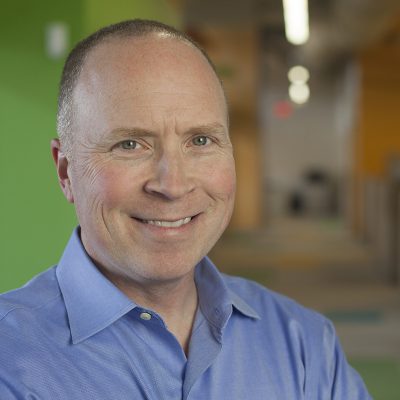 Bob Starzynski serves as Director of Business Development for Innovation Works. In this role, Bob manages all fundraising efforts for the organization, fosters partnerships and alliances within the local and national economic development sectors, advocates for effective economic development policy in Harrisburg and Washington, D.C., and builds collaborative relationships with national agencies, local and national foundations, and the corporate community. Bob has been with Innovation Works since 2001, having served in a variety of capacities, including most recently as Director of Grant Programs. In that capacity, he provided strategic business assistance to more than 75 companies per year and won two national and international economic development excellence awards for his efforts.

Bob brings nearly 20 years of business experience to the team at Innovation Works. Before joining Innovation Works, Bob spent nearly 10 years in the publishing industry, working as a reporter, columnist, editor and bureau chief for the Washington Post Company, the Pittsburgh Post-Gazette, and American City Business Journals. In the late 1990s, Bob left the newspaper business to become an entrepreneur – helping to create and lead TECHcapital magazine, a technology finance magazine that quickly grew to employ a staff of 25 professionals and attract a readership of 200,000 people. As Editor-in-Chief of TECHcapital, Bob oversaw most aspects of the business, from the management of editorial content to the growth and development of operations, to strategic alliances and business development.

Bob serves on the Board of Directors of StartingGate, a small-business incubator located just outside of Pittsburgh, as well as on the boards for various economic development groups around the southwestern Pennsylvania region. Bob also served on the Board of Directors of the Pittsburgh chapter of the MIT Enterprise Forum from 2002 through 2006, and was the Co-Chairman of the Three Rivers Venture Fair Selection Committee from 2001 through 2007. Additionally, Bob is a 2007 graduate of Leadership Pittsburgh.

Bob has an undergraduate degree in political science and economics from North Carolina State University.