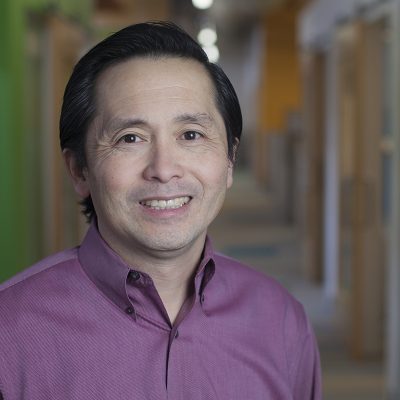 Jim Jen is the Chief Operating Officer & Managing Director of Software and AlphaLab. Jim is also the co-founder of the AlphaLab accelerator programs for Innovation Works. Founded in 2008, AlphaLab was one of the nation’s first accelerators, providing funding, mentorship, education, and network-building to speed the growth of promising startups.  AlphaLab has been consistently ranked among the top accelerators in the US.  In 2013, Jim helped launch the AlphaLab Gear accelerator for hardware and robotics companies in 2013, also one of the first accelerators of its kind.  Jim has also served on the Advisory Board of the Global Accelerator Network, the world’s leading association of accelerators for high growth startups.

Jim has been an active part of the Pittsburgh tech community since moving here in 2002 and has led the initial investments in over 100 companies for Innovation Works.  Working closely with companies such as JazzHR (fka The Resumator), NoWait (acquired by Yelp), Shoefitr, Deep Local, Showclix and Wombat Security, Jim has mentored and guided the development of some of Pittsburgh’s fastest-growing tech companies.

Prior to moving to Pittsburgh, Jim built and launched software businesses at venture-backed companies in California and also advised executive management of Fortune 500 companies as a management consultant. Jim holds a BA and MA in Economics and an MBA from Stanford University.