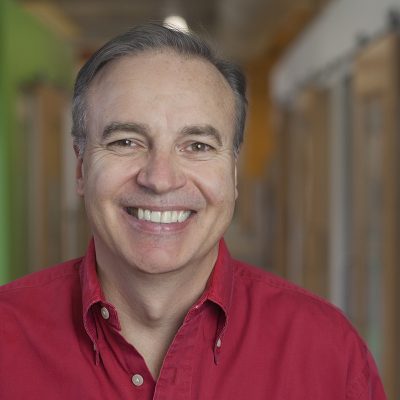 As President & CEO of Innovation Works, one of the nation’s most active early-stage investors, Rich Lunak leads the organization’s efforts to provide business expertise, seed capital and other resources to high-potential, technology start-up companies in Pittsburgh.

Prior to joining Innovation Works, Rich was a successful technology entrepreneur/inventor who built one of Pittsburgh’s most successful and enduring technology start-ups. He helped lead a healthcare robotics company from a three-person start-up to an acquisition by McKesson Corporation, the nation’s 16th largest company.  At McKesson, Rich was the architect of several disruptive growth strategies that helped McKesson launch businesses that became market leaders in multiple segments.  Rich’s success catapulted him to being the youngest executive on McKesson’s Corporate Operating Team. As Group President, McKesson Automation, Rich led five autonomous business units that served more than 13,000 customers, generated hundreds of million in revenues and managed more than 1,800 employees with operations in four states. He was responsible for all aspects of the businesses including acquisitions, sales, marketing, R&D, manufacturing and service. Under Rich’s leadership, McKesson Automation developed breakthrough products that are installed in leading healthcare providers around the world.

A technologist as well as an entrepreneur, Rich Lunak received a Bachelor’s Degree in Electrical and Computer Engineering from Carnegie Mellon, a Master’s Degree in Business Administration from the University of Pittsburgh, and holds several U.S. patents.  He is a guest lecturer at the University of Pittsburgh and Carnegie Mellon and is a member of numerous Boards of Directors.  He is a winner of the 2012 Ernst and Young Entrepreneur of the Year Award and the 2008 Carnegie Science Center entrepreneur’s award.