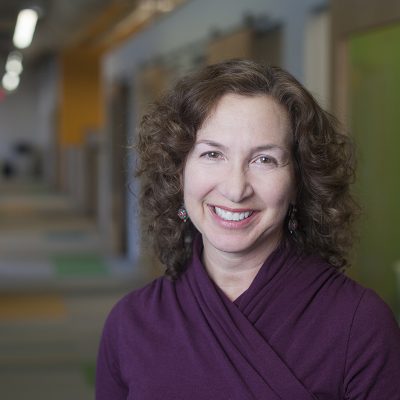 With more than 25 years of marketing and communications experience in both the private and non-profit sectors, Terri shares her experience with dozens of technology startups to help them develop their communications strategies and messages.  She works with regional and national media to create awareness of Pittsburgh’s economic transformation and demonstrate the value of innovation and startups to the economy.  Terri’s efforts have resulted in coverage in the New York Times, Wall Street Journal, Newsweek, Entrepreneur, Inc., the Economist, CBS and NBC nightly news and many other business, news and trade media outlets.

Prior to joining IW, Terri was the Director of Corporate Communications for a start-up life sciences company, TissueInformatics, Inc.  Previously, she was Vice President of Strategic Marketing and Communications for the Pittsburgh Regional Alliance, managed media relations and was the spokesperson for electric utility Duquesne Light Co., and was the Director of Communications for the Institute for Transfusion Medicine, the nation’s third largest independent blood center.  Terri also worked as a marketing communications consultant for early-stage technology companies and regional non-profit organizations, providing total marketing communications support when these companies and non-profits were too small to have in-house marketing capabilities.

Terri received her B.A. from Carnegie Mellon University.  She has been a frequent guest speaker and panelist at local and national professional conferences regarding marketing and communications issues.  Terri has also received numerous honors and awards for her work, including the 2013 Communicator of the Year award from the Pittsburgh chapter of the International Association of Business Communicators.